Odd Choices in the Peloton Ad

Body language and script choices left room for interpretation–for an endearing ad or an unsettling viewpoint.

Thanks to Peloton, we got a brief reprieve from clickbaity coverage about the “War on Christmas” in favor of an ad reminiscent of a hostage video. The ad is brilliant in the subtle way it captures our attention, resulting in free press and plenty of buzz. This puzzling ad was either secretly masterful or an accidental stroke of genius. The instinct to dwell on a problem we can’t solve propels discovery and desire to learn. It is also part of why we get earworms and can’t stop thinking about unsolvable riddles.

The Peloton ad seems to raise more questions and include a bit more room for interpretation than we’re comfortable with. Ads have an extremely limited amount of time in which to tell a story, and much of that is filled by the audience’s assumptions. In this case, in just 30 seconds, Peloton either wanted us to draw on our developing awareness of pressures many women face, to make a viral ad, or a lack of diversity in the marketing department created a blind spot.

On the left, part of the screenshot of a happy wife documenting her fitness journey. On the right, a different perspective which caused concern for some viewers.

Some major points that viewers found unsettling can be summed up in 3 major categories:

Facial expressions and microexpressions speak volumes, and these panicked eyebrows appear to have written a horror story for many viewers. 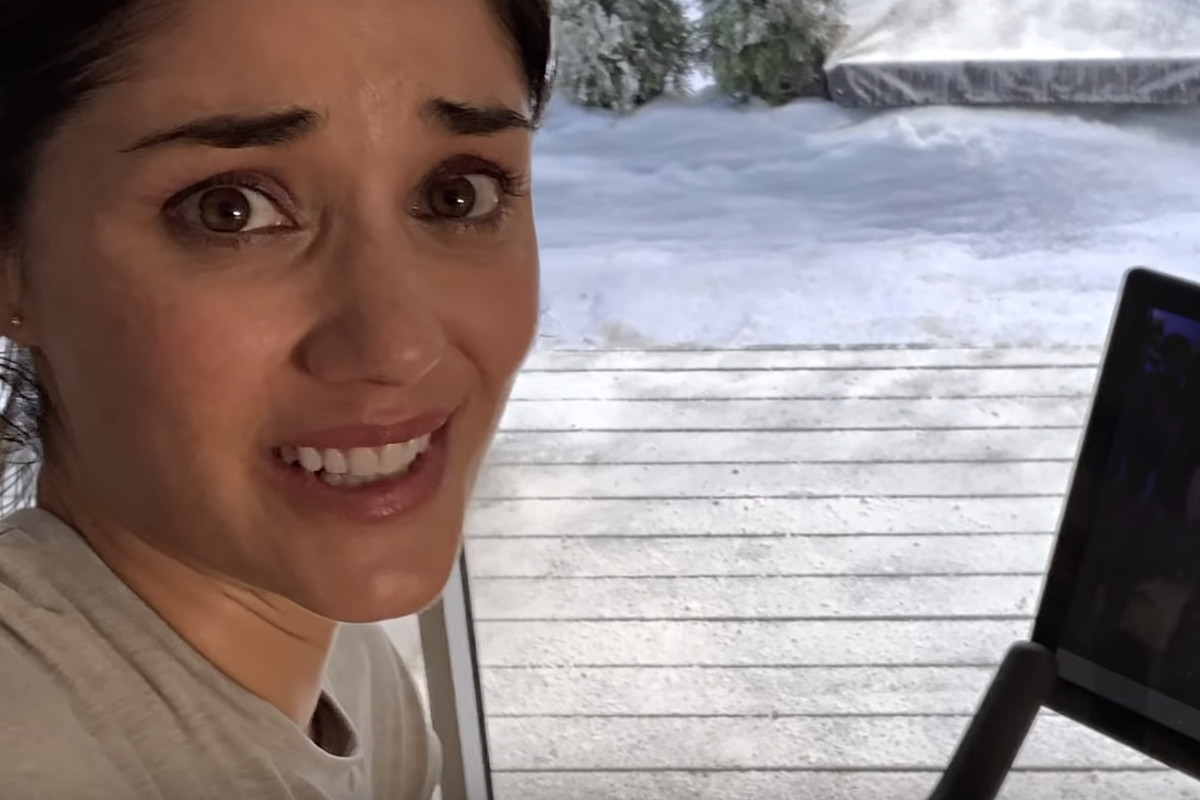 When she documents her first ride, at the 7 second mark, she not only states she is nervous, she looks nervous. But those fearful brows take on the expression of a whimpering, submissive dog. 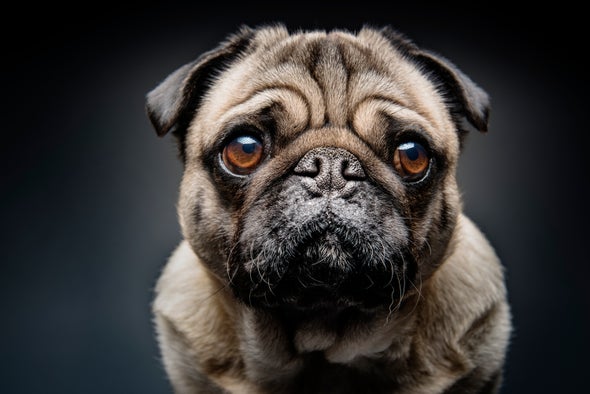 Women are under extreme pressure to conform to unrealistic beauty standards, and the ad was triggering to some. Partners can withhold affection and take advantage of fears and perceived shortcomings. Insults with controlling and conditional acceptance, especially in regards to appearance, are not uncommon causes for anxiety for women in relationships.

The questions left by what is unknown can be filled with perfectly reasonable or sinister purposes. Those questions are:

Did she ask for the bike, or did he do this to make her use it?

With rapid clips, it is established that there are many demands on her time. Right after she is shown well dressed, presumably returning from work, she is waking up at the 13 second mark, stating rather un-enthusiastically “6 A.M. yay.” The fearful expressions plus this grudging obedience cast doubt on her willingness.

But it’s still entirely likely that in the universe in which this ad is set, she asked her husband for exercise equipment as her Christmas gift, as her busy schedule made it difficult to get to the gym.

This could be why she was surprised by the Peloton, perhaps expecting a lesser item. The concern is that he did this as a way of “bullying” her. The bike in the ad, according to most sources, is $2,245. Their home shows it’s easily within his price range. With that view, it would almost be a crime not to have a Peloton (A point hilariously made by @ClueHeywood). And it’s easier to guilt-trip someone for not using a durable, expensive item. “Sweetheart, why aren’t you using the treadmill I got you from Craigslist for $75?” doesn’t carry quite the same weight as “I spent $2,245 on this bike for you, and you’d better use it!” Financial abuse is one of the most common types of control in a relationship, and money spent on a partner can be used to guilt them.

Why is she exercising?

People choose to exercise for many health reasons that do not include weight loss. The most generic medical advice from the World Health Organization for an adult 18-64 years of age is 30 minutes of moderate activity 5 times per week. The better question would be—why wouldn’t an able-bodied adult want to exercise?

Why is she recording this?

Documenting progress is not only a great way to track milestones, it’s useful for staying on track. It’s also a great way of sharing progress updates. Unfortunately, it’s also useful for a controlled partner to supply requisite proof they are fulfilling certain conditions. This is one of the more sinister questions of the ad, made even more unsettling as the ad closes with husband and wife snuggling, watching her progress—or proof—of achieving a goal. The moment seems sweet, but her raised eyebrows, seemingly looking for approval, could go either way.

The first few viewings, those panicked tones and questions can seem more obvious. But after watching this ad a few extra times, the shock of creepier moments wears off. Positive moments become more obvious. The ad works well both ways, in much the same way a trailer for Mary Poppins can be recut as “Scary Poppins.” The same positive and eerie moments are there, but the viewer can choose what they see. This is, yet again, what makes the ad a fantastic riddle and brilliant in its way of capitalizing on buzz without being overtly problematic.

One thing that doesn’t make sense to me about the backlash in this ad…I seem to recall just a few years ago yuppie ladies went gaga over a ridiculous, poorly written book (and film) series about doms and subs. I thought there’d be a bigger crossover of women who get excited about the fantasy of rich men giving them gifts and being controlling.